Video games and me

My wonderful partner is a gamer (both of ours are, actually).  He plays video games, D&D, etc.  Since I like to snuggle with him on the couch, I have watched quite a bit of video gaming.  I never play myself, though.  It seems kind of tedious and I don’t have the eye-hand coordination for it (since I didn’t grow up doing it).  Studies show that video gamers are actually better at attention tasks than most other people!

Even though I only watch, usually, I still have opinions about games that I like and don’t like.  And a few times I have actually played some things on the Wii, due to ease of control.  I thought WiiSports was totally fun — well — fun until I hyperextended my elbow playing frisbee.  Oops.  We also tried Super Mario Galaxy, which was again fun, especially the team-play aspect that let me be a backup player to his more experienced play.  The parts I had trouble with were the parts where I had to jump.  It turns out that, in video games as in life, I have only rudimentary jumping abilities.

Most recently, we tried Kirby’s Yarn Adventure.  The thing that made me stop playing was the discovery that leveling isn’t linear.  At first, each level is ok and I am finally starting to get the hang of it when WHAM!  the next level is way, WAY harder and I can never manage it (for values of “never” meaning “I am too lazy”). (#2 says:  They do that on purpose, it says so in my partner’s book on game design.  That’s how they get less-lazy people trapped.) 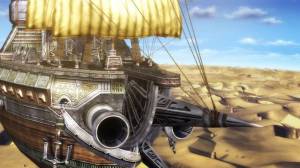 My favorite game, which I watched my partner play hours and hours of several years ago, remains Rogue Galaxy on the PS2.  Here are the things I like about it:

16 Responses to “Video games and me”