One of our big oaks got some kind of borer beetle and had to come down.  Then two weeks later during a big storm, our last ornamental pear tree fell over (fortunately it did not take either our deck or our fence with it, though it did grab some of the wisteria off our fence on its way down).

So we paid $335.58 to get the oak taken down and the stump ground, along with trimming back our crepe myrtle so it would stop hitting our roof and grinding another stump from a tree the previous owners had removed (the stump had been bothering DH for lo these 12 years, who knew?).

Then a few weeks later we paid another ~$200 to get the pear tree taken out of our backyard and its remaining stump and roots ground.

Next month we’re planning on buying another oak to replace the beetled oak (apparently the beetles are only a problem when the trees are distressed, so that won’t be a problem with the new oak) and a cherry tree for the back.  DH also wants to buy a few more experimental fruit trees for the remaining places in our lawn.  (Every year he buys a few and one will take root and flourish even if it never fruits again and the other two will die.  I think he’s going to keep doing this until he runs out of spots.)  This year he’s gonna get a crabapple, which I love.  We’ll see if it survives and fruits.  Cost:  ~$300 all told, including mulch.  (It’s way more expensive if we get the tree company to do it, but DH has found a nursery he likes, and we’ve had better luck with keeping cheap younger trees alive than expensive older.)

Speaking of things on your lawn being removed… All of the democratic signs in my neighborhood for a specific race were stolen Saturday night.  If that happens to you, be sure to file a police report.  The police can’t do anything based on rumors.  They are more likely to investigate if they see a pattern.  And an entire HOA losing its signs is a pattern.  We went to Target and got materials to make our own sign.  Then we bought 30 signs at the Dem HQ when they opened and gave them to people whose signs had been stolen.  And a few for local candidates while we were at it.  Make some good come from evil.

This weekend we also did postcards from postcards to voters:  https://postcardstovoters.org/ 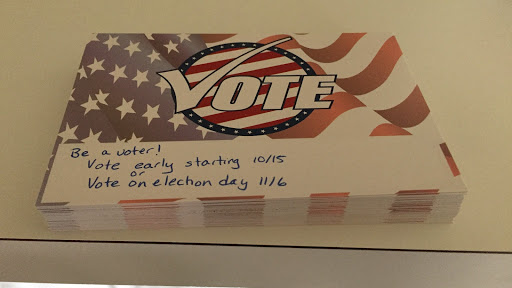 and letters from votefwd.org 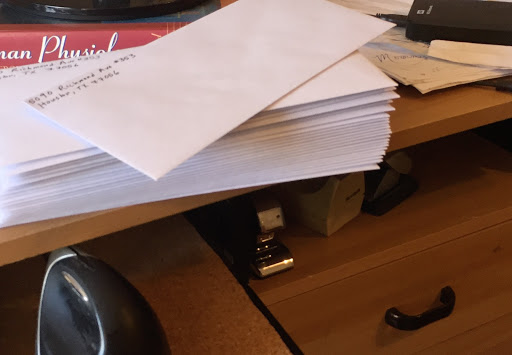 And I’ve been hooked up with a post-card service that only sends stuff in my state.

Do you have trees?  Have you ever had problems with them?

35 Responses to “Trees fall down”